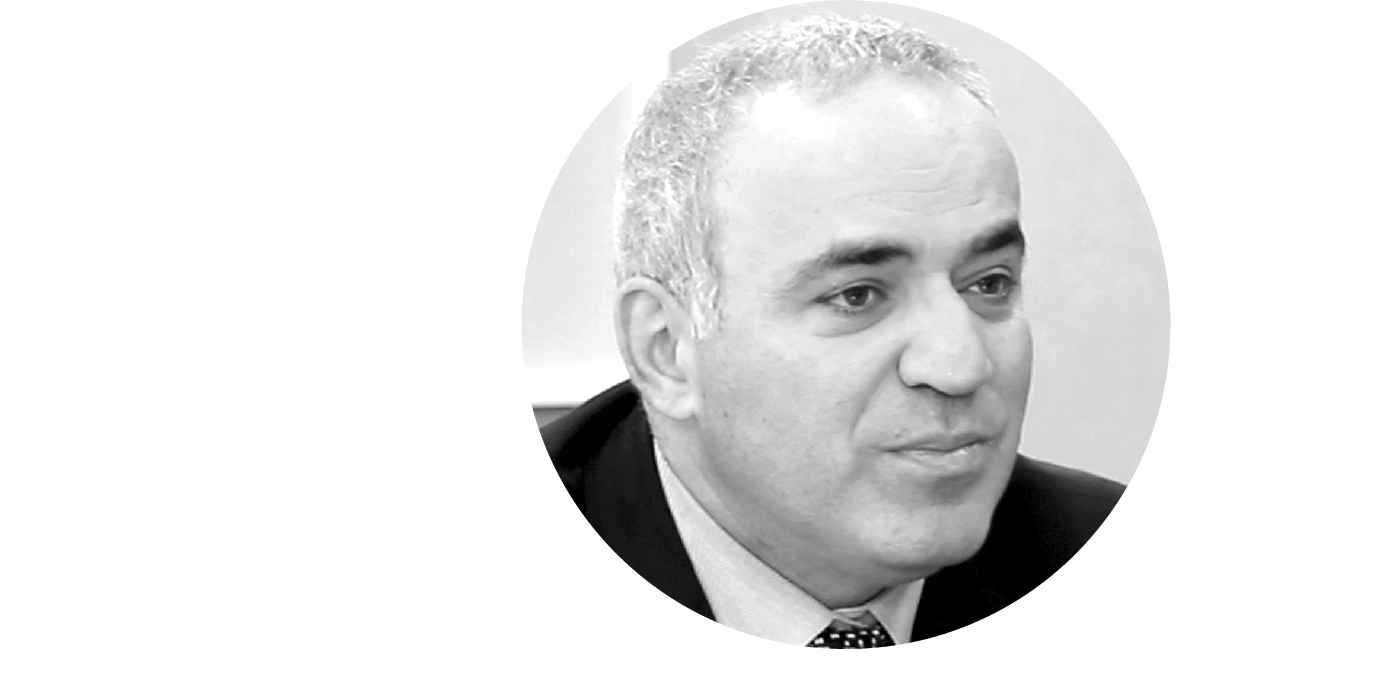 More about the Kasparov Chess Foundation

The chess grandmaster was born in Baku, in Azerbaijan, formerly the Soviet Union. At the ripe age of 12 Garry became the under-18 chess champion of the USSR, and at 17 he was the world under-20 champion. A few years later, Garry was catapulted into international fame when he became the youngest world chess champion in history at 22 years old. He defended his title five times, and many still consider him the best chess player of all times.

In 1996 and 1997 Garry played the most famous chess match in the world, his opponent: IBM’s supercomputer Deep Blue. While the first game was won by Garry, the re-match in New York City, crowned Deep Blue as the winner. As the first defeat of a reigning world chess champion by a computer, the match had repercussions far and wide suggesting that artificial intelligence was finally catching up to human intelligence. Such was the symbolic significance of the event that the match became the subject of a documentary, ‘The Man vs. The Machine’.

Garry might have made his name through chess, but his efforts and activism in politics and education have kept him in the limelight even after his retirement from the game. He joined the vanguard of the Russian pro-democracy movement and in 2012, was named chairman of the New York-based Human Rights Foundation. Facing imminent arrest during Putin’s crackdown, Garry moved from Moscow to New York City in 2013. Garry contributes to The Wall Street Journal since 1991 and shares his views on politics and human rights at conferences worldwide. Garry’s match with deep blue also sparked his interest in machine learning and robotics – fields for which he has become a respected voice. He is a Senior Visiting Fellow at the Oxford-Martin School where he focuses on human-machine collaboration, and his latest book, ‘Deep Thinking: Where Machine Intelligence Ends and Human Creativity Begins’ explores his research and lectures on human and machine competition and collaboration, as well as his cooperation with the Future of Humanity Institute at the University of Oxford.

Garry’s chess career has also inspired him to found the Kasparov Chess Foundation, a non-profit aiming at bringing the many educational benefits of chess, from focus to peak performance, to students worldwide. The chess curriculum developed at the foundation has been applied in schools across the United States, Brussels, Johannesburg, Singapore, and Mexico City.

‘I’m always looking for the opportunity to sort of push the horizon, which means you are fighting your own excellence. But if you want to improve and make a difference the next day, you just have to go beyond that.’