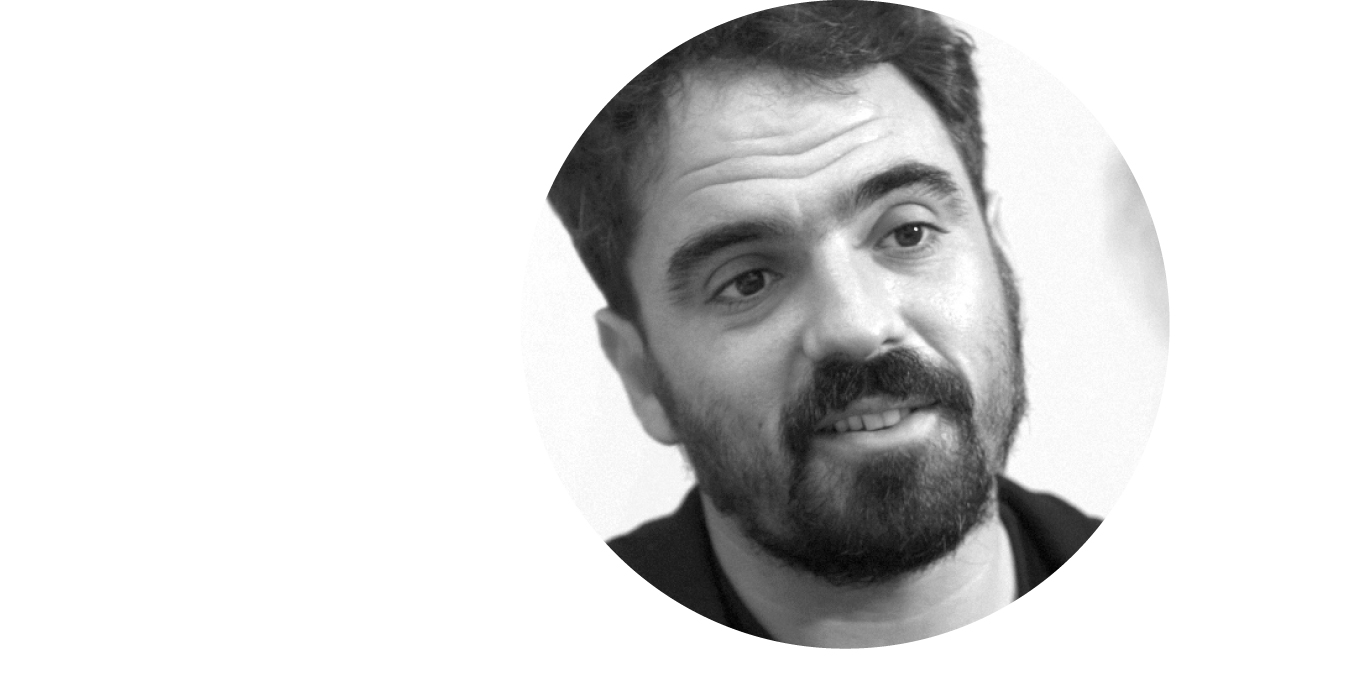 A street and urban artist who, during the last fifteen years has presented his work in over 30 countries around the world in solo and group exhibitions, site-specific art interventions, artistic events and projects in various contexts – from working with communities in the favelas of Rio de Janeiro, to collaborations with reputed art institutions such as the EDP Foundation (Lisbon), Centre Pompidou (Paris), Barbican Centre (London), CAFA Art Museum (Beijing), or the Museum of Contemporary Art San Diego (San Diego), among others. He has also directed several music videos, short films, and one stage production. His groundbreaking bas-relief carving technique – which forms the basis of the Scratching the Surface project has been hailed as one of the most compelling approaches to art created in the streets in the last decade.

Vhils grew up in Seixal, an industrialized suburb across the river from Lisbon and was deeply influenced by the transformations brought on by the intensive urban development the country underwent during the 1980s and 1990s. The contrast between revolutionary murals and the new mass advertising era brought conflict and inspiration to his creative vision.

Vhils started to be interested in graffiti at only 10 years old, and started painting streets at 13. He would paint trains in Portugal and around Europe. He later became a part of the collective Leg Crew in Almada. He painted letters, and the name Vhils came from the combination of letters he most en-joyed drawing. Graffiti was the starting point into a professional career as an artist: he began with the spray can and then experimented stencil and other processes.

At 18 Vhils participated in the organisation of Visual Street Performance, VSP, in Bairro Alto in Lisbon – a street art initiative that united hundreds of people in several annual editions. The following year, without the grades to make it into university and with a quick stay at AR.CO, he decided to candidate himself and his portfolio to Central Saint Martins in London where he was accepted.
Two years later, in 2008 he was participating at Cans Festival – organised by renowned street artists Banksy in the Waterloo tunnels in London. That is when the world got to know Vhils. The work he exposed there (the faces of two women looking at opposite directions) made it to the cover of The Times and BBC called him the “portuguese Banksy”. Later, Banksy’s agent, Steve Lazarides, gave him additional space to create his street art carvings. Soon after several of his works were published.

When Vhils got tired of painting walls illegally he started painting publicity posters and billboards – he would paint them black and then peal off the laters of accumulated posters. He then transferred this technique to walls, sculpting them in a style that made him famous.

One of his most popular forms of media is his relief portrait. These portraits are chiseled into plaster and brick walls all over the world. He also creates by dissecting poster ads and excavating walls. Other forms of media include collage, wheat paste, wood, metal, installations, and more. Last but not least, Vhils is known for using etching acid, bleach and pneumatic drills to reveal a wall’s layers.

Vhils also chooses anonymous faces to draw – he likes giving a face to the city and to empower common people. “Scratching the Surface” is one of his most famous projects: using construction tools, he exposes and confronts the architectonic surfaces that tell a traffic history of the city.

Applying his original methods of creative destruction, Vhils digs into the surface layers of our material culture like a contemporary urban archaeologist, exposing what lies beyond the superficiality of things, making visible the invisible and restoring meaning and beauty to the discarded dimensions buried beneath. By scratching the surface Vhils is showing the interiors, the guts, of a city. Under the surface one finds the layers of stones that make up walls, in a reference to the layers that form us as people, and that form a city and society. He humanizes cities by giving it a face and putting us face-to-face with it. Destruction as a form of construction.

Vhils works can be found in places such as Thailand, Malaysia, Hong Kong, Italy, United States, Ukraine, Macau and Brazil. He has been involved in projects as diverse as video productions, partnerships with beers, social projects involving native Brazilian tribes or communities in the favela, and the curation of festivals. Part of his success is owed to his willingness to push himself beyond the limits of the wall. Whether it is by collaborating with U2 as part of their Films of Innocence videos or by giving back to his community through the Underdogs arts center in Lisbon, he continues to prove that street artists hold a place in the contemporary art community.

‘Anything that is an act of creation should be considered as an art. Not less or more than anything else. If you feel it in your guts, trust it’.