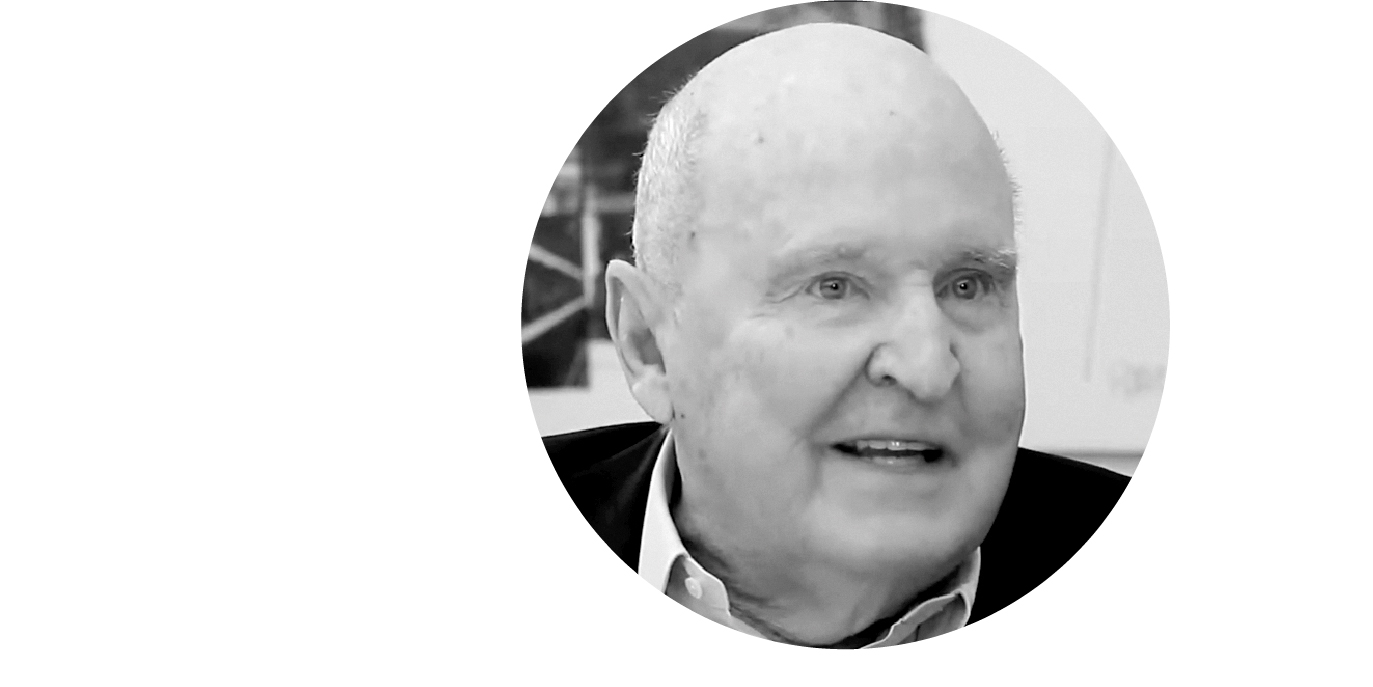 He is one of the world’s most respected business leaders. At 24 he joined General Electrics as a junior chemical engineer and worked his way up the company’s several divisions until he was made CEO at the age of 45 – the youngest CEO in GE’s history. Jack became well known for implementing several innovative management practices (known as “The Welch Way”) that transformed the company into one of the most successful businesses in the world. Some of these included performance-review programs to identify and generously reward top employees, and tools for making the business more informal – even as CEO Jack insisted in being called by his first name by employees. During his 21-year tenure at GE, revenues grew five-fold, from $25 billion to $130 billion, income grew tenfold, and the company’s market capitalization had a 30-fold increase.

Jack retired from GE in 2001, but he continues as active as ever. He has written more than three best-selling business books, and is a fixture on TV and magazines as a popular business commentator. He also travels around the world lecturing and teaching CEOs and senior executives. In 2009, Jack founded the Jack Welch Management Institute, an online MBA school which has come to define his legacy in recent years. Through videos and online resources students have the chance to learn directly from Jack and other influential executives, making the study of business management more widespread, accessible and flexible.

Jack has been happily married to his third wife, Suzy Welch, for the past 15 years. Suzy is a successful journalist in her own right and the two of them make an influential couple in the business world. Over the years Jack and Suzy have been a true duo, starting and working on almost every project together, be it writing a new book, or supervising the Jack Welch Management Institute – although it did take Suzy 15 years to convince Jack to get their dog, ‘Happy’!

‘My biggest successes have been building great teams, finding great leaders, exciting those leaders to do things that were beyond what they thought they could do.’